In the current era of globalization, the interaction between business actors is not only in one country but can be with various countries. In the previous post, the Meaningful Position of a Notary in International Business Contracts part I, we discussed International Law on international business which is related to what clauses must be considered in making a contract, most importantly considering that currently there is a large-scale transfer The amount that currently we who are still adhering to civil law seems to be demanded to change into a common law concept. Where the concept of the contract so very changed. As the most important legal practitioner, especially notaries, what is the method of dealing with it? 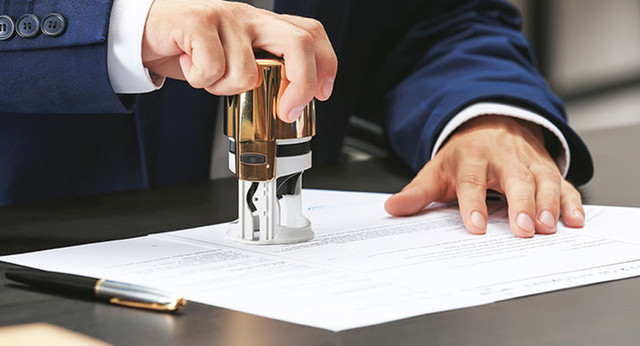 Before discussing the above case further, it is better if we know in advance what is the difference between an onshore company and an offshore company?

Onshore company is a term used to refer to areas ranging from the shoreline to the mainland. Onshore can be from a foreign industry that has an industry in Indonesia because we know that in Indonesia, if you want to invest, you must set up an industry in Indonesia so that the transactions you are trying even if the owner is a business actor from outside the country. On the other hand, offshore is a term used to refer to an area located on the high seas, far from the shoreline of the sea. Generally, this offshore shows that he is from outside the country because there are agreements, for example he from Singapore wants to carry out transactions in Indonesia and then signs his contract in Indonesia or a business actor from Indonesia goes to Singapore after that he signs his contract in Singapore.

What if the case is related to the contract to be signed in Indonesia? The problem is that in this country sometimes notaries do not always get a legal opinion from a lawyer so that we must decide on a special representation and warranty clause or we are only given a universal determination otherwise the lower budget of the State and the State of Indonesia is different, how do we evaluate it?

We are obliged to relay what they stated as representation and warranty if not fulfilled, the Indonesian side may be able to unilaterally terminate the agreement. Because if you don’t use a lawyer from outside the country or from their origin, it’s difficult for us to say that they are legal as a party. Because legal for Indonesian law is not necessarily legal for law in other countries. Judging from the Law on the position of a notary, Article 15 reports that:

The notary has the authority to make an authentic deed overrides all actions, agreements, and provisions required by laws and regulations and/or those required by the interested parties to be stated in an authentic deed, guaranteeing certainty that coincides with the making of the deed, placing the deed, distributing grosse, copies and quotations. deed, all of which during the making of the deed are not assigned or excluded to other officials or other people authorized by law.

Notaries are also authorized to:

Not only the authority as defined in paragraph (1) and paragraph (2), a notary has other authorities regulated in laws and regulations.

So in the context of making a definite deed he is obliged to justify everything that the parties have each had the authority. If there has been an aggrement from all parties if they agree and after that the notary makes the deed, in fact the notary cannot be blamed, if the maker of the deed does not mean as a party. Making a deed used for proof will be perfect in contrast to if it is only under the hand, especially in oral form.

If the arbitration is considered a settlement mechanism whose validity is in accordance with the verdict of the legal panel, then the parties are obliged to choose one of the available forums. In other words, the options in the contract clause cannot be both. If there are ambiguities, for example the forum option clause says “the dispute will be resolved through a legal panel or arbitration”, or if it cannot be resolved through arbitration, it will be submitted to court”. It is as if giving options to the parties whether to take it to court or to arbitration. This is usually due to the ignorance of the parties or considered too neutral to accommodate the wishes of the parties during contract negotiations. Meanwhile such a clause is a grave error. The consequence is that the clause is called a “nonsense arbitration clause” because its existence is useless and cannot be implemented. The alternative for the parties is to quickly make amendments and change it with a clause that clearly distinguishes between the two forum options, whether it is a legal panel forum or an arbitration forum.

So a notary must share a description with the parties so that they are aware and can choose. They also have to learn a lot and improve their skills and knowledge in making contracts, especially international business contracts.